You can make some pretty big blunders in Canberra. Like not ordering onion rings at Brodburger. Deciding to head to Capital Men’s Club after partying too hard at Moose. Or assuming the soft-serve machine at Maccas Braddon will be working.

But I once made the biggest blunder you can pretty much make in the capital.

I stupidly – STUPIDLY – accepted an EL1 role in a federal government department. Not that working at a high level for the good of the nation is a stupid thing. What was pathetic though was that I thought my private sector experience would not only be accepted but valued in the public sector. That I’d be welcomed by my team of APS5s and 6s, maybe shouted a coffee on my first day and brought up to speed quickly on the team’s projects and how they liked to be managed.

I was so wrong. Because just as I was signing a police check form in front of an over-excited recruitment agent – “They’re just SO happy you’re coming on board Bree!” – there was an APS6 who’d been acting in the role being told the dream was over. 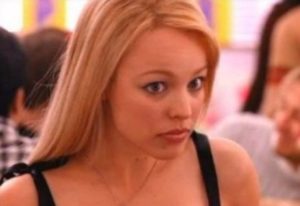 She was being told that a fat blonde PR chick from Queanbeyan was replacing her. That this new private sector person had just a little (and by little I mean 15 years) more experience and that she shouldn’t feel bad – the new EL1 could help her hone the skills she’d need for permanency.

But guess what? That APS6 did feel bad. She was used to the kind of pay that meant she could walk into Mimco and buy anything she wanted. She was loving finally being ‘at level’ with her friends. And – crucially – she’d clawed her way to an acting EL1 role over seven years from an APS4 and felt goddamned owed. She’d put a deposit on a four-bedroom house in Calwell with her fiance and now her future was being ripped out from underneath her. 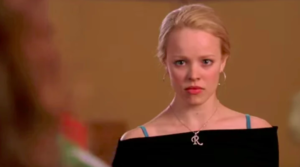 She did the only thing she knew how to do – she took it out on me.

From the second I whipped on my lanyard and swept into my new work area, all smiles and ‘so nice to meet yous!’, the bullying began.

The APS6 refused to talk to me. She was sitting immediately to my left but would only communicate via email. She went above my head for approval on everything and then smile innocently and wear an ‘I’m always super helpful and interested’ facial expression when our EL2 pulled us together on a discussion.

She’d ‘forget’ to tell me crucial details on our projects or claim I was the one who’d forgotten things she’d already told me.

My bully lived in a two-bedroom apartment within walking distance of the office, which is fine when you work in the city for the ATO or DVA but kind of nauseating when you work in Tuggeranong. Everyone took turns going home with her for lunch. Except a certain someone.

It got worse. Her three EL1 friends – also in our team and my colleagues – couldn’t stand me either. They were ropable I’d stolen their friend’s dream from right out underneath her and even more ropable that I would dare team a Rolling Stones t-shirt with a blazer. (How else was I meant to let my floor know I was from the private sector and also a creative?) 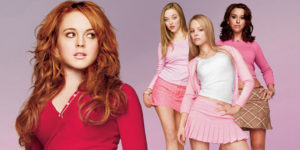 In EL1 WIP meetings, we’d power through our updates and they’d then stare at me in silence until I left the room. They stayed to have private discussions. You can’t make this shit up.

For four months I put up with the never-ending tantrum of a sulky APS6 and the Mean Girls style exclusion from her EL1 friends. I could only see one of two ways out – either she’d score an EL1 in another branch or I would finish my contract early and just leave.

In the end, both of those things happened.

I gave my notice and she landed an acting EL1 role working on the department’s annual report.

The ANNUAL REPORT. She walked directly into a revenge sweeter than any I could have planned for her.

This opinion piece is based on my own experience of the public service. Workplace harassment and bullying is unacceptable and is not tolerated in the APS. For more information head to the APSC website.