It was a conquest reserved only for the hungriest and bravest carnivores across Australia – and, indeed, the world – and now the infamous mixed grill is once again being considered for the menu at the former Central Cafe Queanbeyan.

Canberra chef Matt Morrissey and his fiance and business partner Katie Hancock are taking over the lease at 111 Monaro Street, and while the menu will be focused on “amazing fresh brunch”, they’re keen to see if Queanbeyan wants to see the return of the mixed grill: eight types of meat stacked on a plate the size of a serving tray. 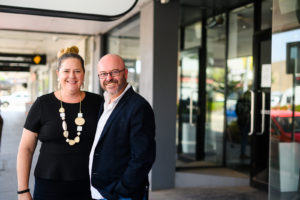 ‘As soon as I walked into the place, I had a special feeling,’ chef Matt Morrissey says of 111 Monaro Street, Queanbeyan. He’s pictured with fiance and business partner Katie Hancock.

They’re nostalgic about the former Central – Hancock has lived locally for years and loved once tucking into the restaurant’s famous extra-large portions – and are keen to bring back some of the meals the Central was once known and loved for. That includes the mixed grill, as well as plates of chips and gravy for teens to scoff after school.

“We know it’s a venue Queanbeyan has a lot of love for and that’s exciting for us,” Morrissey says.

“We’re thinking the mixed grill will be a challenge plate, where people come in and dare their mates to give it a go. We know the Queanbeyan Blues and Roos footy players used to love it.”

The name of the new venue – Bean Central – is a nod to the glory days of the iconic cafe. It’s the second venue Morrissey and Hancock plan to launch locally, having opened Ruby’s in Evatt in March 2019. 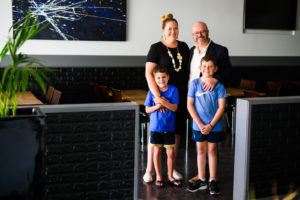 ‘They’re more excited than us,’ says Googong-based Katie Hancock of the couple’s sons Toby and Max.

The best of both venues will be brought across the border to inform the operation of Bean Central, Hancock says, including high service levels, quality ingredients and maybe one or two signature items from Morrissey on the Boardwalk.

“The French toast drenched with maple is definitely being considered,” she says.

“A lot of the breads will be house baked. We’ll try and do as many gluten-free options as we can and then it’s about wholesome meals – good offerings of bacon and eggs and hash browns, and a good diverse selection of brunch foods.”

Families will be core to the cafe’s success, and Morrissey and Hancock want Bean Central to become deeply connected to the Queanbeyan community. Morrissey – a former military member who started his chef apprenticeship at 40 – wants to provide some crucial behind the scenes experience for high school students who want to work in hospitality.

“If I can teach at the same time I’m cooking for the people of Queanbeyan then I’m happy,” he says. 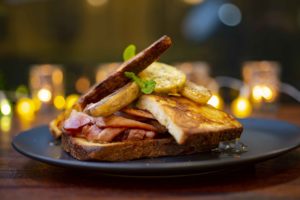 Morrissey’s french toast will definitely be on the menu at Bean Central.

He’ll need that optimism when it comes to the first few weeks in business. The layout of 111 Monaro Street can be deceiving, with the huge room out the back of the venue bringing the capacity to around 100 seats.

But the couple isn’t scared.

“We think there’ll be enough genuine interest from the community, people that want a good coffee place and somewhere that they can come and get a good value meal,” Hancock says.

Bean Central officially opens for business in late March 2020. Stay up to date via the Facebook page.