It’s the festival that draws thousands of mutton-chopped, white lycra-clad Elvis fans from across the world – and now Queanbeyan is looking to replicate the success that is the Parkes Elvis Festival.

Except instead of Suspicious Minds, it’ll be I Walk the Line ringing out from the clubs and cafes in the heart of Queanbeyan.

The first Queanbeyan Cash Festival – an entire weekend dedicated to the man in black, country singer Johnny Cash – will be held in February 2021, in effort to inject some serious tourism dollars into the Queanbeyan economy. 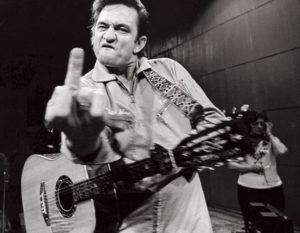 It’s the brainchild of Queanbeyan man and acclaimed Johnny Cash tribute artist Jason Webb, who envisages the entire town coming to life to a soundtrack of such hits as Ring of Fire and Jackson.

The new festival will include headline acts, as well as smaller and more creative tributes to Cash, the baritone from Arkansas. The vision is for bigger concerts to be staged in the city’s pubs and clubs, while smaller acts perform live in the town park or in the main street.

Webb says that despite Johnny Cash’s death in 2003, his music lives on in Australia and across the world. 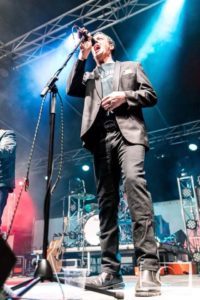 “It’s the kind of music Aussie kids grew up on – mum or dad would always be playing a Johnny Cash tape in the car or on the stereo during parties,” Webb says.

“The hum of the train-like, chugging guitar, Johnny’s deep, calm voice, I’m definitely not the only one who loves the sound of Cash.”

Webb is hosting a Queanbeyan Cash Festival concept event at The Tourist Hotel on 7 March to give the hospitality industry a taste of what they can expect at the Cash Festival.

Queanbeyan-Palerang Regional Council’s events team is on board and will support Webb and promoter Country Rocks with logistics and marketing. But what Webb really needs is the buy-in of the entire city. 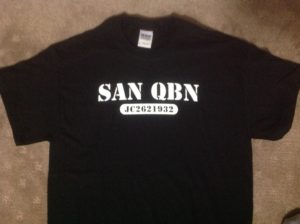 In 2013, Webb hosted his own version of the San Quentin Prison gig, known as San Qbn. He may just roll it out again in 2021.

“It has the potential to be an annual event and to be huge,” he says.

“I want to see Queanbeyan open its arms to tourists from far and wide, and get creative and excited about the legend that was Johnny Cash.

“We’re talking about the potential for a million dollar cash injection into the city.”

Will the Cash Festival have its own street parade, like Parkes’ iconic Elvis parade?