Clash of the codes: Terry Campese and Ben Alexander to go head-to-head in the ring

Clash of the codes: Terry Campese and Ben Alexander to go head-to-head in the ring

Former ACT Brumbies prop Ben Alexander never answers the phone at The Dock, the bar he owns at Kingston Foreshore. But the very first time he did, Terry Campese was on the line.

“He said, “Oh Benny, how are you mate?’ and ended up asking if I wanted to do a charity boxing match with him,” Alexander says.

“And I just said, ‘Oh, so you’ve called the one bloke you think you can flog have you?’

“I think he asked me to fight because he thinks he can flog me. He’s probably right.” 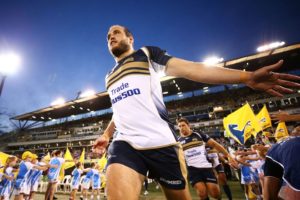 Despite being a bouncer at Civic nightclub In Blue in 2003, Alexander says he’s never been in a fight in his life.

Both men say they’re still “pretty fit” after retiring from their respective codes; Campese’s in pre-season training as captain-coach of the Queanbeyan Blues, while Alexander gyms, runs, plays basketball and touch footy, and does yoga.

But in the battle of league versus union, Alexander reckons Campese’s got the edge. 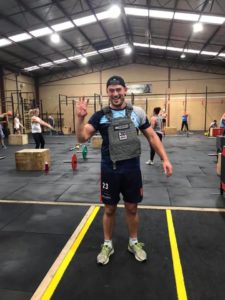 Campo says he’s still fit, “but I’m getting old and I still get injured every five minutes”.

“He’s rugby league tough, so he should be able to flog a north shore private school rugby union boy.

“I’ve never won a fight in my life – I’m not much of a boxer. He’s definitely the favourite.”

“That’s where he’s got the edge over me.”

Both men will need to employ the services of a registered trainer – it’s illegal to head into an amateur fight in the ACT without having had some formal training – and Alexander will even have his own manager, The Dock co-owner Glen “Shooter” Collins.

“We’ll sit down in the weeks leading up to the fight and watch Rocky and just mentally prepare,” Alexander says. 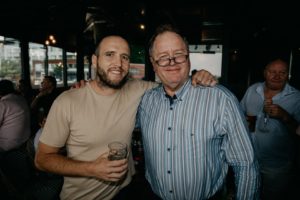 Jokes aside, muscular dystrophy is an issue close to Alexander’s heart. His father is Professor Ian Alexander, head of the Gene Therapy Research Unit at Sydney’s Children’s Hospital at Westmead. Dr Alexander has helped pioneer the field of gene therapy over the last 30 years, including leading the research that found a cure for the once incurable condition muscular spinal atrophy.

“I personally want a bit of light shone on dad’s work,” Alexander says.

“Our family is all very very proud of him and we think not enough is made of the work that he’s doing.

“If I can do anything to help raise awareness on rare genetic diseases, like muscular dystrophy, I’m there straight away.”

Life after football has been frantic for both Alexander and Campese. 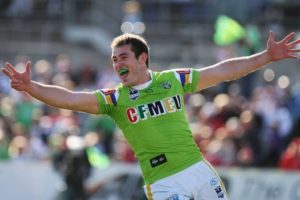 Campese in his hey day.

Alexander is dad to Ivy and Emma, 3, and Anna, 2, owns The Dock and is a serial entrepreneur, with two digital apps in development. He’s also studying computer science at ANU.

Campese is dad to Billie, 9, and Jet, 8, renovating a house at Jerrabomberra, running his foundation and now working full-time in Braidwood on bushfire recovery.

“The hard thing is just the stories and the devastation that the community has been through,” Campese says of working in Braidwood.

“It’s a privilege to help people get back on their feet.”

Alexander and Campese go head-to-head at Fight Night, at the Hellenic Club on Saturday 8 August 2020 at 6.30pm. Tickets on sale after the official event launch in March. Stay up to date via the Muscle Up Facebook page.