The Canberra nightclubs you completely forgot

The Canberra nightclubs you completely forgot

Let us take you back to the glory days of Civic, Manuka, Braddon and … Erindale? 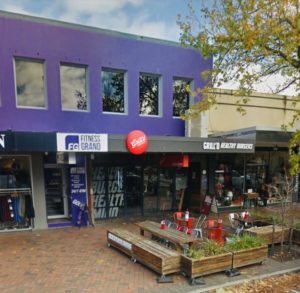 The old El Rancho on Franklin Street is now home to Grill’d.

Once upon a time, circa 1996, Manuka was a hotbed of nightclub action – with several restaurant come clubs along the Franklin Street strip. Remember La Grange? And the upstairs Moonlight Lounge (then Polit Bar)? Manuka was packed with the kind of venues you could get a nice steak at 7pm, a great bottle of wine (or three) at 9pm and then tequila shots at 11pm. Without leaving the venue.

El Rancho was my favourite of these venues. Deep south meets hot Mexican food, and even hotter men on the dance floor after you’d finished your tacos.

We’d hit El Rancho at about 10pm, dressed in our best button up shirts and culottes, after the dine-in crowd had left and staff had pushed the tables and chairs against the walls to make way for drunken dancing. Return of the Mack was big. And Sexual Healing. The youth of today will never know.

It was a rite of passage. The thrill of getting into a nightclub at 15, clutching a fruit tingle and being terrified of getting caught. Located downstairs in the bus interchange, Knights was packed with the energy of disbelieving and terrified teens dancing to the tunes of DJs that weren’t much older.

Thursday nights at Knights were stripper nights – the club conveniently had poles for saucy performances, and boy did they draw a crowd.

My first night at Knights was a ripper – about 40 of us were bussed out to Civic after the Queanbeyan McDonald’s staff Christmas party (average age 14 and nine months). I remember the thrill of being on the dance floor with the boys who made the burgers, sans uniform.

The Blue Room/Red Room crowd looked remarkably like the partygoers at Heaven in this shot.

Did somebody say ecstasy? When Canberrans start swapping Jim Beam for pills (or ingesting both), there were specific ‘venues’ that housed those of the giant pupils and busy jaws.

Being of the Anna Wood anti-drug variety, I never visited The Blue Room (or The Red Room – what was the difference?) I remember watching, fascinated, as my friends dressed in cargo pants, a singlet, chunky Skecher sneakers and Baby-G watches and headed to The Blue Room (where Hippo Bar now stands). They’d stay out all night and come home when the sun was shining to tell me how they danced in lines, facing the DJ and jumping around as the DJ brought the crowd “to like this giant peak”.

Heaven was also a venue of choice for my pill-popping friends, but let’s be honest, that nightclub deserves its own special Q! News series.

By far the most fascinating and morbid club Canberra has ever seen.

Mortis drew its inspiration from its location on Mort Street, Braddon (mort being Latin for death). The layout of the club was unnerving – like the ward of a mental institution, with hospital beds surrounded by curtains you could draw closed for privacy.

Shots were served in syringes and the bathrooms were scrubbed stainless steel; the kind you’d find in a morgue. The combination of death and a great night out didn’t really resonate with Canberrans, and the club was short-lived before becoming a hugely popular little nightspot called Knightsbridge Penthouse.

(PS – we cannot find any photos of Mortis ANYWHERE. If you have one – hit us up! editor@qnewsmedia.com.au) 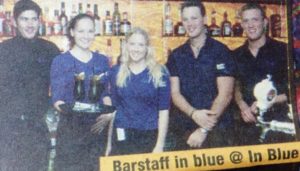 The early 2000s saw big changes across the Canberra nightclub scene. The Private Bin was dead but home to a new club called ICBM, Pandora’s and its iconic Thursday night Jolly Jugs were also gone, but in its place was In Blue, a two-storey night out with cocktails on the ground floor – public servants unite – and a nightclub up top.

The roar from the upstairs nightclub balcony could be heard right across the bus interchange, and if you were downstairs lining up, it made the wait to get in even more painful. In Blue was the the place to party for the almost two years Mooseheads was closed after burning down in 2002. 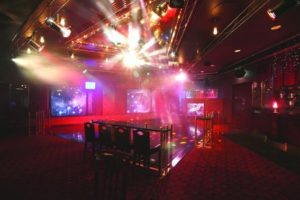 If you wanted to see a group of Chinese women pumping out John Farnham’s You’re the Voice at 3am, Galaxy was your venue. Located upstairs at Casino Canberra, Galaxy was Canberra’s first retro nightclub and was thus packed with ‘the oldies’ – men in dress pants and sneakers, and women who’d compiled a ‘nice top and jeans’ combo for the night. And then … we became those people.

The Galaxy crowd was an unusual one; the wives and girlfriends of the Asian men at the blackjack tables downstairs, Canberrans obsessed with 70s and 80s music and 18-year-olds who couldn’t believe they could now gamble legally.

The nightclub at the Vikings Club, Erindale 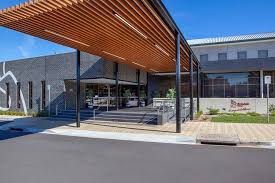 You’d have to feign being sober to sign in, but jeez it was worth it. Tuggeranong Valley’s finest all packed onto a dance floor, boogeying away in front of a cinema-sized screen showing the music clips of the songs being played (Savage Garden was huge at this time).

It was a time when we bought our ‘going out’ outfits at Stock Jeans and there was a high chance you’d end up marrying a bloke who offered to buy you a drink that night. The best part of the nightclub at the Vikings Club was you could head out when it closed and grab a nice coffee and a cake before heading home.