I’m a 30-year-old single woman and I haven’t had sex for a year.

I’ve had offers – believe me – but every time my phone has pinged over the past 12 months with a man who’s keen, I’ve politely declined. I’m actively choosing to live sex-free. I’m celibate.

Celibacy means something different for everyone but generally it’s defined as not partaking in sexual relations. I mean, why should I continually partake in an act that I literally get nothing from? Sex wasn’t giving me what I needed. So why keep pretending it was?

My last sexual encounter was a year ago, to this very day. I was already few and far between shags, but I was on a night out and an opportunity arose so I took it. I ended up having a less-than-memorable experience. It was consensual, and the guy was an absolute gem, he just wasn’t on his game. 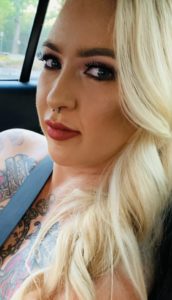 All dressed up on my 30th birthday. If you had have told 20-year-old me that 30-year-old me would be celibate she probably would have cried – with laughter.

It happens. We all know it happens. I remember the days that followed how I felt like my body needed more, actually my soul needed more. I don’t think I’ve ever truly had sex that satisfied both my body and my soul, and I know it’s probably the same for so many ladies out there. It’s devastating.

Dating apps were never my thing. The idea of online dating doesn’t interest me. The conversations lack originality. The pick-up lines, the generic ‘hey how are you?’ messages, and strange propositions.

So I started saying no to offers to hook up. And each time I did, I felt empowered. I won’t say I wasn’t tempted at times, I was, but self control is important to me and I am now 100 per cent committed to celibacy. I control my body, not anybody else. #metoo. 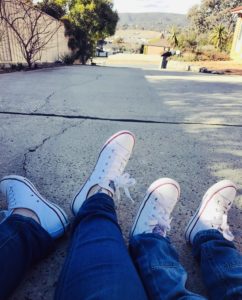 Life these days is all about this little guy.

Saying I’m celibate confuses people. ‘But aren’t you toey!?’ they ask. And my response is always ‘hell yes’ but the truth is, I’m   really not. Not all the time anyway. I’ll just come right out and say it: not getting laid doesn’t suck.

I’m not in any rush but if I meet someone, I hope they value my priorities, and respect my change of lifestyle. I haven’t put an expiry date on my celibacy. So this is me opening up, bringing awareness and although celibacy isn’t for everyone, maybe this will encourage people to give it a go if they feel like taking a journey of self-discovery. Because that’s exactly what it is.

One year on today, and I’ve learnt so much about myself and my personal growth is on fire. I know what I want, and what I don’t want. I am happy in all aspects of my life. I gave up sex, but gained something better. Self-love.

About the Author: Chloe Baker

Underneath the public service attire, Chloe's a colourful and confident woman covered in tattoos and piercings, and with opinions on just about everything. She’s a single mum to a beautiful boy and has always dreamt of writing about women's issues to help reduce stigma and shame.