For most people it’s a straight out no. Uh-uh. Could never do it. Don’t even want to think about it.

But for Melanie and Michael Greenhalgh, it’s every minute of every day.

In 2009, the Greenhalghs went from two children to four literally overnight when Melanie’s sister Megan suffered a pulmonary embolism and died in front of her own house, attempting to get to an awaiting ambulance. Megan was 24 years old.

Her two small sons, Jackson, 5, and Jesse, 1, were asleep inside. 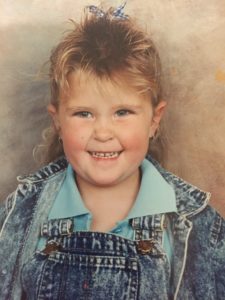 Around 6am, Melanie received a phone call she still has nightmares about. She screamed, cried, grabbed car keys with shaking hands and, somehow, drove. Her only instinct was to get to her tiny nephews.

“Their father was deemed unfit to care for them,” Melanie says.

“So I picked them up and that was it – they never left our care again.”

Waiting at home were her own children – Analise, 6, and Tyler, 4 – and husband Michael, who’d rushed home from work via Woolworths to pick up formula and nappies for the baby. In a heart wrenching moment that only the unexpected actions of a four-year-old can produce, Tyler had moved into his older sister’s room, offering up his bedroom for his cousins. And that included all of his own books and toys.

“He knew the boys needed to be together,” Mel says.

“It was the kind of generosity I didn’t know children of that age had in them.” 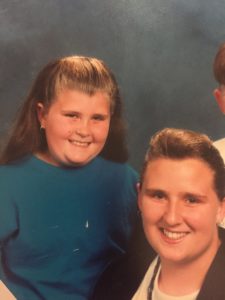 Megan and Melanie in a family photo circa 1996.

“Mick said to me, ‘What does this mean? I don’t understand, what’s going to happen?’

“And I very swiftly said to him, what this means is we are now parents to four children. If that’s not something you’re going to be able to cope with, then let me know pretty quickly and I’ll take it from there.

“I was pretty harsh, but I’d gone very much into what I call my lioness mode – where it was very much about my young and that my brood had expanded, and if I had to do it on my own, I was going to.

“They were my responsibility – I knew they needed protection from a range of things and that was going to be my job, it was pretty instantaneous for me.” 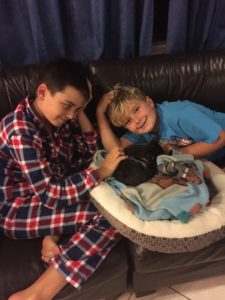 Jackson and Jesse with the family’s new puppy. ‘People had all kinds of opinions about me taking on the boys,’ Melanie says.

Megan’s baby, Jesse, wouldn’t let go of Melanie. He clung to her chest for four days and four nights.

“Megan had only ever left Jesse alone twice in his entire life,” she says.

“The sound Jesse was using to communicate was something I’d never heard from a child before. It was pain, so brutal that no one could stand to be in the room while he wailed.”

Thinking of having a backyard wedding? Here are the pros and cons

The minutes somehow became days became weeks became months. Melanie loved but struggled endlessly with her new role as a mother of four.

“I was never meant to be a mum to four, no way, I really struggled with it,” she says.

“I mourned my own family a lot, quite silently actually.

“It hasn’t been easy for me. For a long time, I didn’t like to be with Analise and Tyler when it was just them on their own. It was this stark reminder of what the original plan had been.” 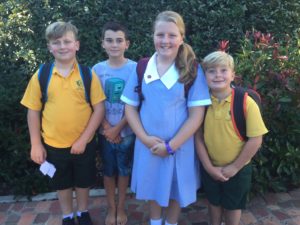 Every single ‘first’ with her nephews/sons was devastating.

“I’ll never forget the first time I dropped Jackson off to a birthday party,” Melanie says.

The Greenhalghs’ four children are now teenagers and, according to Melanie, Megan “is always with us”. The kids refer to Mum Mel or Mum Megan when they tell stories from the past, and every so often Melanie has to turn away in pain as she sees Megan in the boys’ faces and mannerisms. 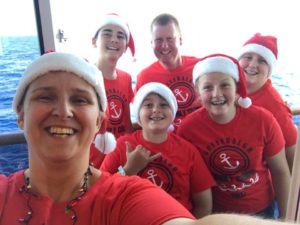 The Greenhalghs on a Christmas cruise in 2017.

“Jesse is very much our side, the James side,” she says.

“Jackson is different but I definitely see Megan in him. His nose is her exact nose, his eyes and some of his facial expressions.

“It’s still hard, it can really catch you off guard, a bit like a wave of grief. Some days you see it more than others.”

For tickets head to: https://www.eventbrite.com.au/e/network-of-possibility-tickets-88779035485