One week into COVID-19 lockdown in March, a group of public servants logged on to their Friday morning Zoom meeting to find Belle from Beauty and the Beast sitting patiently to take meeting notes with a notepad and pen.

Except it wasn’t the bookish and stubborn Belle from the classic tale. It was actually Queanbeyan woman Kathrina Weinhonig, an APS6 Disney fanatic who was fed up with wearing a work shirt and her pyjama bottoms to ‘meet’ with colleagues via video every week. 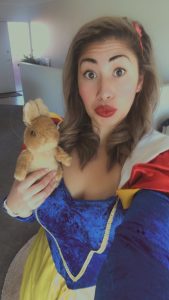 In a moment of isolation genius, Kathrina turned Casual Fridays into Disney Fridays. It started with Belle, and the next week she emerged as pale princess Snow White, complete with a pet rabbit from the forest.

In the third week of Disney Fridays, Kathrina switched silk skirts for a grass one and fired up Zoom dressed as Maui from Moana. There was a collective roar of appreciation from her colleagues, and her social media channels lit up. 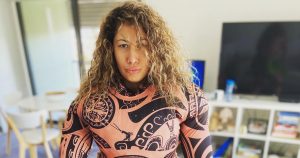 “Casual Friday normally means getting out of the corporate wear and into jeans, but being at home I thought, why not dress up?

“I tend to pop on my Belle dress often just around the house when I’m bored because when you have a dress like that, why not be a princess whenever you want?”

Kathrina grew up on a diet of Saturday Disney and more than 30 Disney movies on VCR. Lion King was her favourite as a child, and she annoyed the living hell out of her relatives by quoting it word for word. Her dream is to live and work at Disneyland. 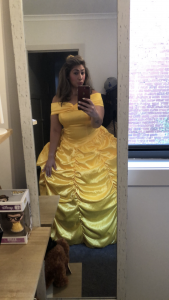 It all started in #workfromhome Week 1, when Kathrina dressed as Belle.

To keep her public service work colleagues inspired while working from home, Kathrina followed Maui with Miguel from Coco – “it’s my favourite Disney film, it highlights the importance of family which is the most important thing in my life” – and then the evil Maleficent (her work colleagues were terrified).

Peter Pan was a recent attempt, followed by the character Sadness from animated film Inside Out. 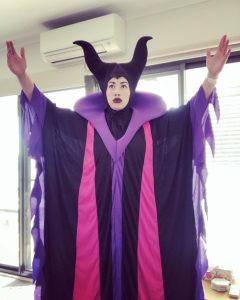 Despite having six more costumes ready to go – her aunty is also a Disney fanatic and has sent her dress-up collection down to Kathrina from Sydney to Queanbeyan – the 34-year-old is back at work in Civic this week and isn’t sure whether dressing in Disney will fly on Casual Fridays in the office.

“I was struggling in my first week of working from home and it was more a prank for our Friday video conference catch-up,” Kathrina says. 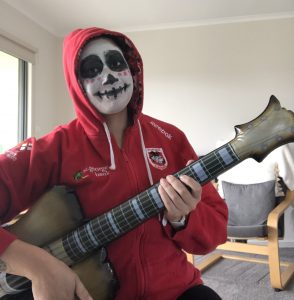 “I just did it for a laugh. And then I started getting messages that it was a welcome distraction to what was going on in the world.

“If I can spark joy in someone’s day, it makes it all worthwhile.”