From the blokes down from Newy on a ski trip to the South Coast playboys, we’ve got every type of bloke on Tinder covered in our comprehensive list. 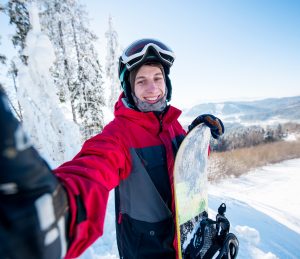 He’s cool, casual and DTF in cold places. As a transient, this guy is definitely a ONS (well, until next snow season) but he’s probably more interested in sleeping on your couch, raiding your fridge and petting your doggo.

Pros: One night only.

Cons: Will definitely need a lift to Jolimont for the 6am Greyhound back to Newy. 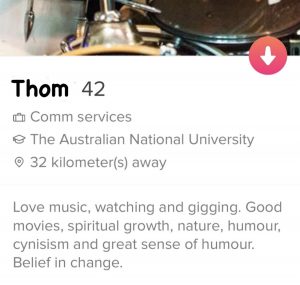 This guy has multiple arts degrees and heavy mind traffic. He’ll need a good few hours of Trump/Coronavirus/Bioscience unpacking before his soy chai latte. He wears Vans (original #98 checkerboard slip-ons) and is partial to a good scarf (successorising).

Pros: Will watch Anh Do’s Brush With Fame with you.

Cons: Also has to watch The Project every night. 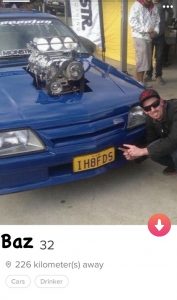 He loves a shoey and ya Mum. He drives a lowered V8 Commodore with CHEWBACCA number plates. He’s living his best life on Job Seeker and is back on his P’s for the fourth time. He wears Oakley sunglasses while having a slap at the Tradies and has a pitbull named Diesel.

Pros: Will drive you anywhere.

Cons: You’ll have to sign a stat dec for Centrelink to say he’s single. 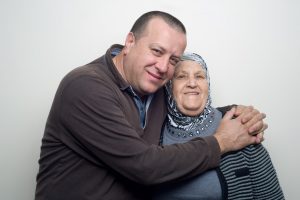 He’s a straight talker with time for baklava but not time wasters. He owns a concreting business, loves The Godfather, good grappa and veggie gardens. He’s not mucking around, he’s looking for a good wife to be the bearer of his spawn (all his brothers are married and hell hath no fury like a Nonna who wants more grandchildren).

Pros: Can cook a mean Moussaka.

Cons: Lots of 4am soccer watching ahead. 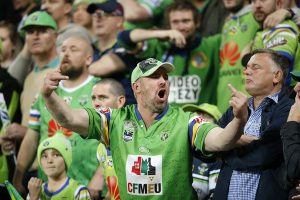 Your eyes will instantly be assaulted by fluoro green everything. Every pic is at a footy game or with a player next to a bus. His weekends are a blur of pre-game, post-game banter and Greenhouse Forum meme-making. He wants nothing more than a Victoria to his Victor and to buy one of those teeny tiny Raiders beanies for your future Raiders baby (likely to be named Jarrod-Curtis-Joshua-Rapana).

Cons: You’ll never be as important than the Jarrod Croker headgear he bought at a charity auction. 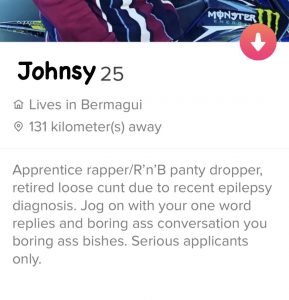 He’s had his way with all the chicks from Batemans Bay to Bermagui (even knocked a couple up) and now he’s his casting his net over Canberra. Loves surfing (paddle boarding) and re-doing his man bun 80 times a day. Loves mixed martial arts and The Secret (Audible version).

Cons: Coast chicks (aka psycho ex-girlfriends) will come for you. 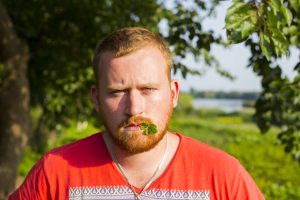 He’s probably a Wind Turbine Engineer from the UK (they’re more popular than you think!) Fair skinned and with questionable teeth, he’s chuffed to be here in the sunny land of Oz. He’s just looking for a pint and a laff, and a hot bird to tell all the lads about back home.

Cons: Full of bollocks on the brew.