In the exact moment we’re gathered singing ‘Happy Birthday’ to a beaming family member, I glance over at my 15-year-old daughter.

She has her head down, staring at her phone.

The dining room lights are dimmed for the blowing-out-of-candles, so the image that flashes on her iPhone screen shines as bright as a set of high beam headlights trying to avoid kangaroos on Pialligo Avenue at 3am.

The image on her screen is a dick pic.

It’s gone before I can even start to open my mouth in disbelief. The second we pack into the car after dinner, leftover quiche in Tupperware containers on our laps, I start yelling.

“I don’t ask for them, people just send them to me.”

Then she quotes a statistic I’m not sure she thinks would help or hinder her case. 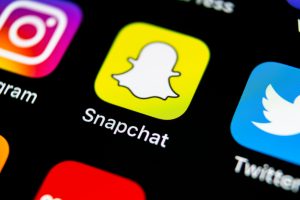 I’m in shock. If she isn’t asking for them, how are 15 photos of appendages hitting my daughter’s iPhone every week? Who are they being sent by? And surely there are privacy settings for that?

We arrive home and some of my questions are answered, but I also get a schooling from my own daughter on what it’s like to be 15 in 2020.

The lewd pics she receives every day are sent by boys her own age – sitting in their own bedrooms in places like Dubbo, Sydney and, of course, Canberra. It mostly happens on Snapchat, where a boy will ask to be ‘added’ to her friends list. She’ll click yes, and 80 per cent of the time, his first question is: ‘Do you send?’ (This means, ‘Do you send nudes?’)

When she says no, she’s deleted (by him).

The remaining 20 per cent of the time, the boy she’s just added begins a cute conversation but then inevitably asks: ‘Can we play truth or dare?’ This is so he can ask details about her bra size and how far she’s willing to go in the bedroom. So it’s basically a delayed way of asking: ‘Do you send?’

I’m mortified. I tell her not to ‘add’ any more boys on Snapchat that she doesn’t already know.

She becomes desperate: “Mum! No! How am I supposed to meet someone?”

In a split second I transition from mortification to deep, deep sadness. 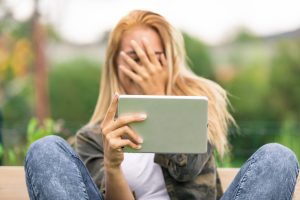 The reality for me in 1993 was the potential pool of suitors was limited to a) Queanbeyan and b) my own school year, which means the figure sat at around 90.

For her, staring at an iPhone during recess and lunch instead of just talking to the boys in her year, that figure has no limit and sits at around the 68 million mark.

In Year 10, I’d lay on my bed all afternoon reading Stephen King, wondering who might ask me out in the quadrangle the next day.

For her, it’s trying her luck with a Snapchat handle like @bradsmith and hoping and praying they’ll want to talk to her instead of instantly sending a photo of their hand clutching Mr. Happy.

I wish someone would write her love letters on A4 paper with faded blue lines, hastily ripped from a binder, folded down into a tiny thick square with her name written ornately on the front. I wish boys would call her on the home phone and talk to her for hours, or even serenade her like my boyfriend Ed used to (More Than Words by Extreme on guitar was his specialty, I mean, does it get more romantic?)

And I know it’s not just about my daughter. Teens now have so many options, they literally have none. Romance is something your parents did, or something that happens in Twilight movies and Drake songs.

As her mum, I want to fix it for her. I started thinking maybe I can add romance to her life with love letters, long walks on the beach and chick flicks. But Lord knows, that’s not my job.

For now, I’m being open and honest. I’m encouraging her not to add randoms on Snapchat. And I’m thinking of secretly texting that one boy at her school she does have a crush on. He plays guitar. Maybe he’s heard of an old song called More Than Words.