A former Queanbeyan High School student, Canberra Raiders “fanatic” and dad of three is set to lead the region into 2022 and beyond with Kenrick Winchester this evening named mayor of Queanbeyan-Palerang Regional Council.

Mr Winchester, 38, was elected mayor at a QPRC meeting this evening. In a poll of 11 councillors – nine of whom were brand new to council this evening – Mr Winchester scored seven votes for the top job, making him Queanbeyan’s 26th mayor. Labor’s Esma Livermore, the first Aboriginal woman ever elected to council, was named deputy mayor. 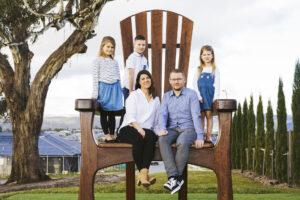 Mr Winchester said he was delighted to take on the role after nine years as a councillor.

“It’s a huge honour but also a major challenge – it’s been a very difficult few months for the people of our region to say the least,” he said.

“Helping small business, schools and the community gain stability after months of uncertainty will be a priority. And a deep and detailed reviewing of council’s budget is in order.”

“It’s always been my aim to play a long-term role as a leader of my community,” he said. 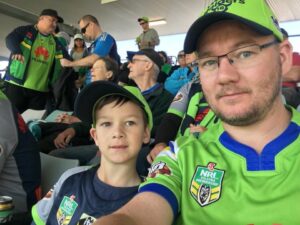 The new mayor with son Harry at a recent Green Machine game.

“I’m a very proud Queanbeyanite, I was born and bred in the town and am now raising my own family here.

“I’m honoured in the showing of faith in me, my values and my leadership potential from my fellow councillors.”