Flowing curls and bathing in lime green milk may be a thing of the past for former Canberra Raiders captain Terry Campese but what he’s achieved since leaving the Green Machine is pretty mind-blowing.

Post professional football life, Campo has given a lot of time to his local community and personal charity foundation, The Terry Campese Foundation.

According to the foundation’s website: “The primary purpose [now] is to help disadvantaged young people and organisations in the local region, including the country towns of Braidwood, Bungendore and Captain’s Flat.”

In 2021, Campese and a handful of volunteers took a group of 18 young people to Larapinta in the Northern Territory. For eight days they trekked through rocky and harsh Alice Springs terrain and were immersed in the local indigenous culture. The group connected with nature and each other.

“There’s something about no devices, being out in the wild and building those relationships that can change the kids’ lives,” Campo said.

He’s looking to do the same this year and the trip is already booked in for later in 2022.

Fundraising efforts for the foundation, and for the trip to the NT, have started with a bang after Campese announced late last year he would be running an SAS style boot camp known as “Hell Weekend” on the last weekend in February.

The 26 recruits for “Hell Weekend” aka The Terry Campese Foundation Special Forces Challenge include a Queanbeyan High School PE teacher, several former professional athletes, journalists, and some other well known Q-Town identities. They’ve willingly signed up (bar one, who was accosted at the Jerra Tav) to be put through a gruelling 30-hour course comprising eight activities. 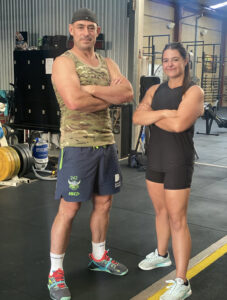 Campo and “Hell Weekend” recruit Nicole Bell at a training session this week.

Campese told Q! News the challenge will start in Queanbeyan bushland at the Jerrabomberra trails, but wasn’t keen to give too much else away, wanting to keep the recruits “prepared for anything”.

When asked whether the course would physical as well as mentally challenging: “Physical and mental, the mental side will be the challenging part because you can’t prepare for it, some of the things that are going to happen, no-one is going to expect.”

Campese will make up part of the eight staff and volunteers running the SAS challenge and said current and former military personnel would be assisting with challenge preparations and the execution of “Hell Weekend”. With the goal of raising $100,000 Campese’s “super impressed” with the recruits efforts so far – they’ve already hit the $40,000 mark.

“We’ve had our challenges already with five or six recruits already being struck with COVID-19, but we’ve gotten past that.” 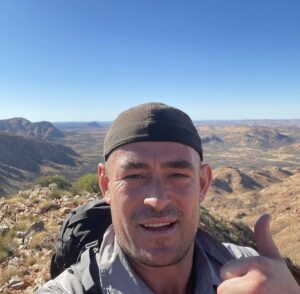 Campo on the Larapinta Trail in 2020.

Recruit Holly Moore said she’s on board because she remembers how hard it was to develop a sense of identity as a teen.

“We’ve all been teenagers, raised teenagers or are going to raise them one day,” she said.

“I personally remember being a teenager and the challenges you’re faced in society everyday.

“I watched family and friends struggle through these years, not being able to communicate the pressures of society and what they deal with in day-to-day life.

“This great cause is allowing our youth the time to speak out, speak up and look after themselves.”

The TCF Special Forces Challenge will be followed by a Cocktails ‘n’ Dreams Charity Gala Ball (something we can get behind!) at The Hellenic Club on Friday 4 March 2022. Held in conjunction with CrossFit SFS, presentations for “Hell Weekend” will be made as well as five hours of drinks and entertainment (we mean a real band and hired dancers, not just Campo doing the sprinkler on the dance floor). 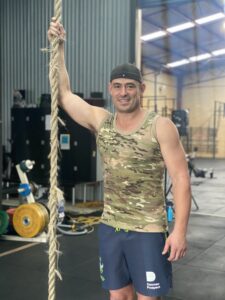 Finally, I had to ask Campo if he’d be having another run around the paddock as Captain/Coach of the Queanbeyan Blues in 2022. The 37-year-old made it clear he has no plans to slow down-on or off the field- anytime soon.

“Yeah, I’ll have another run,” he laughed.