Passionate about helping young people, Esma Livermore says her own past has pushed her to want to help others.

“I was very independent, I didn’t need a lot of support, but now I always try to offer that support to others – especially our younger people.”

A proud Bigambul woman hailing from Inverell in northern NSW, Esma moved to the Queanbeyan area 20 years ago and hasn’t looked back: “it just feels like home”. Being a role model to her four children, Esma has always believed in not sitting back and letting someone else do the job.

“Instead we should be asking, why not?’” 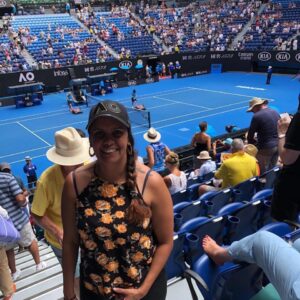 While Esma has worked in advocacy and community roles for years, it took just 15 minutes for her to be elected deputy mayor of Queanbeyan-Palerang Regional Council during the first meeting of 2022. In an overwhelming vote of seven from 11 councillors, Esma reflects, “I never thought of running for council but the opportunity came up … and here I am now, I’m the deputy mayor.”

Esma is a woman of many talents, from coaching rugby league to making beautiful polymer clay jewellery. She loves being among and supporting her local community at a grassroots level.

“I can’t see myself in the future wanting to put my hand up for state or federal politics, I think that the community level is who I am as a person, and I just want to help improve that support we need at a local level.” 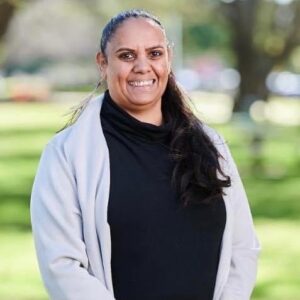 Esma’s CV includes roles as Indigenous Education Officer at Queanbeyan West Public School and president of the local Aboriginal Education Consultative Group (AECG). She reckons the QPRC is on the right track to supporting the local indigenous community.

“There’s always better ways to improve, but I think at the moment and especially over the last couple of years what council has been able to do with community is going really well.”

In her current role at Reconciliation Australia, Esma works within the Reconciliation in Education Program, providing resources, professional development and support to schools.

“I’ve always wanted to help people, mainly youth, because I’ve always worked in that education space and I just love seeing them achieve and being able to provide opportunities for them to be successful,” she says. 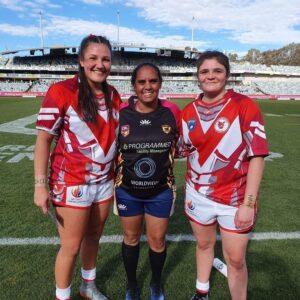 The fresh Queanbeyan-Palerang Regional Council – nine out of 11 councillors are new – has a heavy female presence with six women councillors. Esma hopes her presence among a traditionally white male cohort will be noticed.

“Hopefully me being here is able to facilitate that pathway for the children, the younger and current generations to come through,” she says.

“To have that person that they can see on council and just being represented, that might give them the opportunity to put their hand up too and go out and do what I’m doing,”

“Having that visual appearance in the community is so important.”

Esma is deputy mayor to newly-elected mayor Kenrick Winchester. Having worked alongside each other in the past, Esma says it was exciting to see Kenrick get the top job.

“I think he’ll do a great job, you can see already the decisions that are being made on council are reflecting the interests of the community,” she says.