‘I don’t want to let them down’: Raider Nick on how he’s feeling ahead of ‘Hell Weekend’

‘I don’t want to let them down’: Raider Nick on how he’s feeling ahead of ‘Hell Weekend’

This weekend more than 20 locals will be pushed to their absolute physical and mental limits during Terry Campese’s ‘Hell Weekend’.

It’s 30 hours of non-stop endurance in the bush in a bid to raise money for The Terry Campese Foundation, an organisation that helps disadvantaged youths across Q-Town, Braidwood, Bungendore and Captains Flat.

Q! News is the proud sponsor of Hell Weekend participant Nick Risteski (aka Raider Nick aka Nick Rysk), so we caught up with him just three sleeps out to see how he’s feeling about what will be one of the hardest weekends of his life. 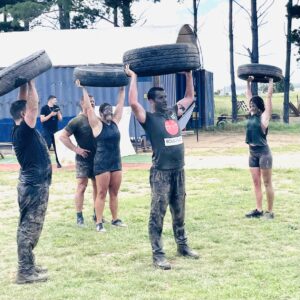 Why did you sign up to do Hell Weekend?

To make a difference to the youth and to challenge myself mentally and physically.

Were you fit before you started?

I thought I was! Ha. I classified myself as someone who was active, who ate right, but coming out of COVID, like all of us, I was pretty unhealthy after a couple of years of isolation.

When the opportunity came to work with Campo, I just wanted to take my fitness to the next level. I can now say I’m the fittest I’ve been in my life – and I played junior sport at a decent level! It feels great to be so fit, especially with my little girl who doesn’t have an ‘off’ button.

What are you terrified of on the weekend?

Letting my teammates down.

What are you excited about?

Delving into new places physically and emotionally that I’ve never been in. This has already happened just in the training alone. It’s been a trip I tell ya. 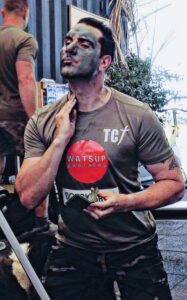 What have you learnt about yourself just from the training?

That I can always go much much much further. Past any boundary.

How many hours a week have you been training?

5-6 hours. But in those hours we don’t stop. It’s definitely been an eye opener.

What was your favourite training session?

They’ve all been amazing but I loved the session we had with Tonguey (former Canberra Raiders captain Alan Tongue). We had the footy out and we were passing it and it was all about getting the heart rate up so you can start to make decisions and communicate under fatigue.

In a team situation, when you’re knackered, you tend to go internal, and you can be a little bit selfish because you’re in survival mode. That’s when the shit hits the fan. You need to be able to communicate.

How much is Hell Weekend hoping to raise?

What will next week be like? Will you fall in a heap?

I’ll be hoping to put Humpty back together again because he’s fallen apart a little bit! 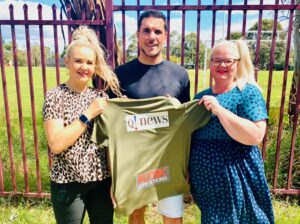 What’s Raider Nick up to at the moment?

I’ve been working on a little web series called Comfy in the Chaos, showcasing us doing some of the challenges heading into Hell Weekend.

I have a new show coming to MIX106.3 called Raider Nick at Nights – it’ll be Wednesday nights and I’ll take you on a journey through the Canberra Raiders past, present and future. Raiders on MIX – our weekly commentating gig – starts in a couple of weeks with the same mob: me, Adam Jansen, Phil Small and Chris Coleman.

And watch out for new episodes of the Rysk Factor! It’s all happening!