If you remember any (or all) of these, you probably had the greatest childhood of all time. 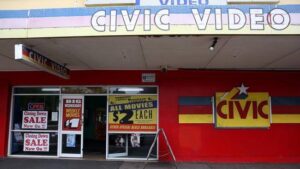 Civic Video was just the one of many competing video stores in Q-Town in the 90s. Our other favourites – Top Video and Video Ezy – were also located on Crawford Street. The carpet added a luxe feel to the Civic Video store and many hours were spent perusing the weekly aisle – 7 weeklies for $7 – an entire WEEK sorted! It was an embarrassing wait while they scanned your laminated card and then announced how much you owed in late fees. Probably the reason I have major anxiety as an adult. This is why you’d usually switch up stores depending which one had the worst late fees. Our dad would only ever pay off one dollar at a time on the late fees: because ‘”what a bloody rip off”.

2. You did step classes at Odd Bods gym. 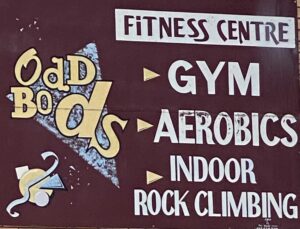 This iconic Queanbeyan gym was in its prime in the 90s: G-string leotards and aerobics had taken over the workout world and Lawd knows we all wanted to look good in our Finch and Hot Tuna swimwear. Brett and Carol Atkins opened the gym in 1985 and its clientele included some of Australia’s best bodybuilders and local athletes. It went on to win awards for best customer service and “Best gym in Canberra” lol. As a teenager it was customary to eat a Big Mac next door before heading over to your step class.

3. You bought a ‘going out’ top for Raiders at Stock Jeans. 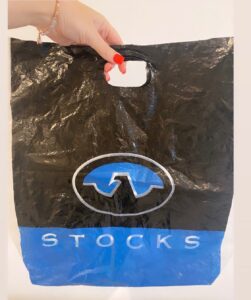 If you wanted to look like Salt-n-Pepa or Vanilla Ice (and you did in the 90s) then you had to shop at Stock Jeans. Located where the Optus shop is now in Riverside Plaza, the store stocked all the latest and baggiest Levis along with labels Stussy, Rip Curl, Billabong and more. Overalls were huge as was anything surf-branded and baggy. Stussy pants with Doc Martens or Rollers desert boot style shoes were a staple for any high school student in the 90s. Doing laps of Riverside Plaza on a Thursday night -walking through the entrance to Grace Bros and back out the other side – always required a long-arse look in “Stocks”. The store also had all your “cute top” needs covered for those epic nights out at Raiders Night Club.

4. You bought a South Park plush at Cardeaux. 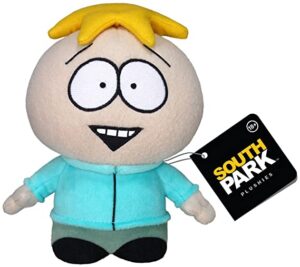 The ultimate 90s store – an absolute liquorice allsort of 90s gifts and junk. Think South Park plushes meets 18th birthday shot glasses meets inflatable furniture (remember when that was a thing!) Cardeaux was packed full of trinkets and party favours. Located right next door to Sanity, it was the perfect place to get a card to go with the Smashing Pumpkins CD you’d bought your mate for his birthday.

How good was AMF Bowling on High Street?! The high school sport of choice (after aerobics at Odd Bods of course!) Boasting a cool kiosk and gaming area, it was a 90s kids dream. They also hosted birthday parties (remember that obscure party/creche room they had upstairs?) and had a Bowling League where teams could compete weekly to be the best in Queanbeyan. Our mum’s team’s name was Lanchoo and they had matching green and white shirts like the Lanchoo packet. Every school holidays the price of “2 games-shoe hire-hotdog-fries and a coke!” went up by a dollar. 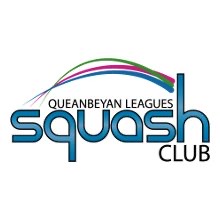 My kids don’t even know what squash is – the game or the vegetable.

Queanbeyan has had a long love affair with squash and in the 1990s we had two main squash venues – the Leagues Club courts and the High Street courts (Heather McKay courts). I remember having terrible squash skills, hitting that tiny rubber ball is hard! I think my absolute stud of a coach Gordon Watson kept me in the game much longer than I should have been.

In 2007, after 30 years, the Queanbeyan Leagues Club courts were shut down due to poor condition and the upkeep of the courts was just too expensive. Squash enthusiasts can now play at the PCYC indoor sports centre on Yass Road.

7. You got your cobbers at Nic’s General Store. 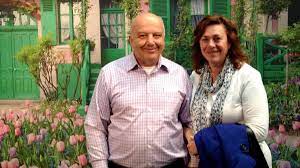 The Crestwood corner store was the Wonka Factory of our childhood and owner Nic Manikis was a man with a pure heart of gold. We would buy double dips and cobbers, mint patties and Bubble-o-Bills. My brother and I would race our mountain bikes (sans helmets) to be the first there, where he’d get a copy of Rugby League Week and I’d get a Polly Waffle. Nic and his wife Yvonne always had a smile and always added a few extra lollies to your bag. We’d argue over renting WWF Royal Rumble or Beverly Hills Troop from the video section. It was always the same warm reception and the same checkered lino floor. The world outside his shop would change, but time inside Nic’s shop time stood still. RIP Nic.

8. You had a Queanbeyan Memorial Swimming Pool season pass. 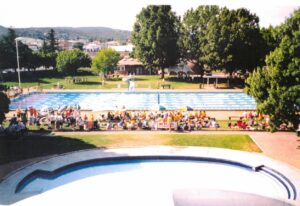 If you didn’t have a season pass to the pool did you even grow up in the 1990s? Entering through the War Memorial entrance (near the skate park for all you Gen Z’s) was a visceral experience. You’d put your coin in the old school turnstiles and could instantly smell zinc cream, hear the splashing and the echo of kids yelling in the huge toilet blocks on either side.

Our parents would get us a FAMILY season pass because during summer we were there literally every day. Watching teenage boys show off on the big board, while all we managed was a pin drop and damn that deep end felt SO deep! The slide threw you off the bottom like a damn cannon and the sound of kids getting paged to front because their mum was there to pick them up filled the air.

The canteen was a demountable building up near the little pool and I remember filling up on Killer Pythons, toffee apples and Calippos and laying on the concrete in the sun to stay warm. The HUGE yellow Olympic-sized trampolines were the piece de resistance. One bounce and you thought you were going to catapult onto the grass. The days before public liability insurance were so sweet – dangerous – but so sweet. We had no heated pool option, walked home in wet swimmers and minimal (if any) parent supervision. Ah, it was the stuff of a Judy Blume novel.