Believe it or not, going to a disco in Queanbeyan on a Friday and Saturday night was totally A THING. Here are my top six, which discos do you remember? 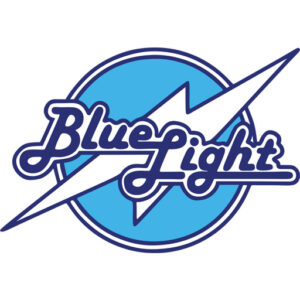 Held at the cavernous Queanbeyan YMCA Basketball Stadium on Southbar Road in the 1980s and hosted by the YMCA. The competitions run by the DJ for Best Dancer and Best Dressed were EPIC; my sister won a Kylie Minogue Locomotion vinyl single, while I won some red headphones, the cool kind, with the ‘foam over ear’ speakers! The Blue Light roller discos took the experience to the next level. Skating around the basketball courts under the lights was great, until that one time I went to the toilet in my skates and got stuck in there, the door was so heavy I couldn’t open it and no one could hear me screaming for help over the loud music! YMCA you owe me some shrink fees after that trauma. 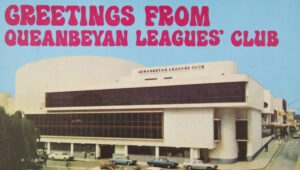 This one felt super special because you were clubbing in the same place your mum and dad would go to, and the smell of liquor (even though we weren’t allowed to drink, of course) permeated the air. Located upstairs at the Queanbeyan Leagues Club, Raiders Nightclub was the quintessential ‘Queanbeyan in the 90s’ venue – teased fringes, culottes, denim short shorts, bodysuits and The Proclaimers on repeat singing 500 Miles. The architecture was so progressive –  industrial exposed metal beams – the sunken dance floor was a total vibe. I never got to experience the nightclub as an adult because it shut down before I was 18, but LAWD  the stories my sister tells me make it sound better than Studio 54! 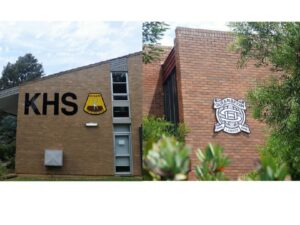 This was another biggie on the social calendar. I remember wearing denim overalls with a turtleneck – from Stock Jeans of course! My friends and I had convinced one of our older sisters to buy us some Strongbows and Sub Zeroes which we drank on the Karabar High oval (vom). Pretty sure I drank like half a Strongbow in total and thought I was drunk. We danced to LL Cool J and Boyz II Men’s End of the Road was always the last song of the night. I can’t really remember mingling with the Karabar crowd but we just eyeballed each other and scoffed if they tried to dance with the boys from Queanbeyan High. How dare they! 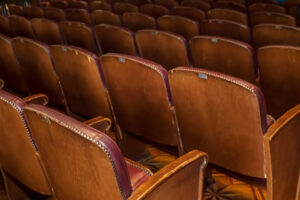 This disco was elite because it was in an old movie theatre – with a stage! They played the videos to the song on the big screen, which at the time was important because Video Hits and Rage were HUGE. The video that accompanied a song had to be just as impressive as the song itself. I mean the November Rain, Waterfalls and Turn Back Time music videos were cinematic masterpieces of their time. I remember the song Dreams by Gabrielle playing: the one where she wears a sequined eye patch -absolute peak 90s. You could dance on the stage or in the aisles of the movie theatre or find a quiet seat to … relax with a friend.

Ah, the annual Queanbeyan/Tumut visit was always a highlight of the school calendar.

The two schools would alternate between which town would host an annual sporting and public speaking showdown. From hockey to basketball, football and debating, the two schools would go head-to-head to see which town had the brains and which had the brawn. Students would be billeted out to the opposing school’s families and would have to awkwardly stay in a stranger’s bedroom. I won the billeting jackpot when I got billeted with another student from Queanbeyan High! The discos were a mix of ‘new boyfriend potential’ nerves and fierce competitive vibes. The after-parties were talked up a lot as well, with fights between the toughest boys at both schools on the agenda. Sadly I don’t remember either happening! 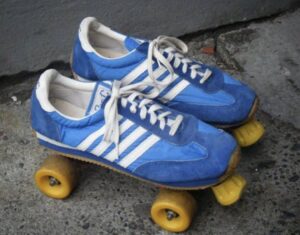 Picture it: Queanbeyan Showground, a tin shed, a slab of concrete, and classic Adidas three-stripes shoes with wheels on the bottom. Add some lights and music and you had yourself a roller disco. Circling the concrete slab trying to balance on one foot, spin around or, for the elite experts, skate backwards. One time I skated a little too hard and smashed up to doors at the end of the shed – which were fire doors. As I pushed down on the bar they opened and I skated out onto the gravel of the Queanbeyan Showground. Just a small OH&S issue there.