What could 22yo Jack McCallum possibly know about death and living each day ‘like it’s your last’?

What could 22yo Jack McCallum possibly know about death and living each day ‘like it’s your last’?

Within a week, he became fatally ill.

Jack’s illness started with pins and needles in his feet and legs – “which I wasn’t too concerned about” – but when his resting heart rate hit 210 beats per minute, mum Tracey took him the doctor.

“And the doctor told me to go straight to the emergency department,” Jack says. 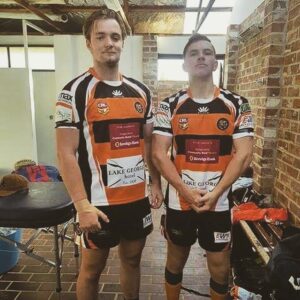 From Queanbeyan Hospital, he was sent to The Canberra Hospital, where a lumbar puncture revealed he had Guillain-Barré syndrome (GBS), a rare neurological disorder in which the body’s immune system mistakenly attacks part of its peripheral nervous system.

By this time, the numbness had made its way up to Jack’s chest. He was forced to use a walker to go to the toilet and was unable eat: “I remember mum giving me a teaspoon of custard and it took all my energy just to eat it.”

“I was actually paralysed, and unable to really do anything by myself.” 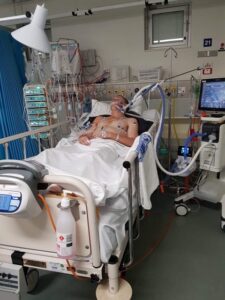 At one point, when his body was unable to process the pain killers he’d been given, Jack was sent to the ICU for intensive care. In ICU, he started to lose his vision.

To save Jack’s life, doctors began pumping him full of new blood plasma. He had three bottles per treatment, and four treatments in total.

“That slowed it down and brought it to a halt,” Jack says.

“And then my body, after about two weeks of being in hospital, was able to slowly, slowly start recovering.

“I spent two months in hospital with it, having treatment, and they were obviously running a heap of tests – including MRIs – and had me hooked up to a heap of machines constantly.” 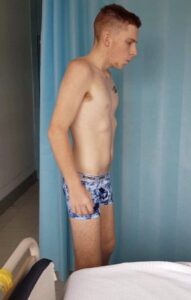 Jack was too exhausted to eat and his weight plummeted.

There is no known cure for GBS. Some people die while some recover within a couple of weeks. Once out of hospital, Jack undertook a full six months of intensive rehabilitation.

“I was getting around with a walking stick, just building all those learning blocks again,” Jack says.

“I had to physically learn how to walk again, because it’s not something you’ve thought about since you were like 12 months old.

“You put your foot down, you go heel-toe, heel-toe. But because it’s such a subconscious thing, I had to start all over again.”

With mum Tracey in hospital. “She was my everything, she was there with me every second.”

Jack in 2022 is very different to the man he was pre-GBS.

While he hasn’t made a return to the Tigers (yet), his passion for life inspires everyone around him – and scares the hell out of mum Tracey.

“I love anything that’ll give me a bit of an adrenaline rush, anything to push the boundaries,” Jack says.

“I realised – from being 18 and thinking I was invincible – to going, ‘Oh, shit, I’m not invincible.’

“Because all the things you hear about happening to people, but you never think it’s going to happen to you. So that really brought into perspective just how short life can be, and how there’s really only one shot at it.” 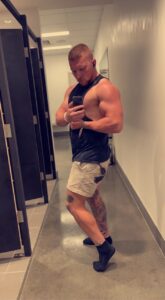 In top physical form in 2022. “I absolutely feel like I’ve made a full recovery.”

His most recent venture? A topless bartending gig.

“Coming that close to death changed my whole outlook on everything.

“It was obviously a horrible thing that I’d never wish to happen again, but at the same time, I wouldn’t change what happened for anything, because I’m in the best spot of my life.”