If you thought the fences out the front of Nic’s Convenience Store meant the much-loved former corner store was about to be demolished – never fear.

The building is now owned by a local family, long-term Queanbeyan residents who plan to turn the former store into a two-bedroom home. The family purchased the building about 18 months ago as an investment. 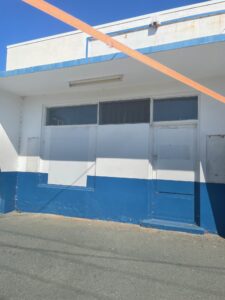 The family, who wish to remain anonymous, have a long association with Nic’s Convenience Store, with several generations having grown up in West Queanbeyan and visiting the store almost daily for cigarettes, lollies and other essentials.

In fact, the matriarch of the family used to visit Nic’s before it was Nic’s – when it was called Kingston’s store and was also a much-loved corner shop for people of the area.

A family spokesman says apart from the addition of a two car garage to the left of the building, the former store will remain almost exactly the same.

“The facade of the store will stay exactly as it is,” he says.

“We’ll put in new windows at the front in the original framework – we’re set on maintaining integrity of the front and we don’t want it to lose its character.

“It’s only the interior that will be completely redone.” 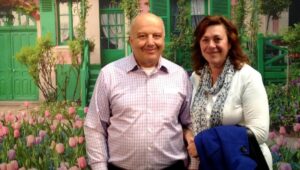 Nic’s Convenience Store has stood empty since owner Nic Manikis died in June 2019. Just three months earlier, in April 2019, Nic had announced his retirement and his plan to sell the store.

To say the building at number 34 Morton Street is a Queanbeyan icon is an understatement.

Nic’s Convenience Store opened on Morton Street in the 1970s and was a shopping destination of choice for the families of West Queanbeyan. Nic offered fresh fruit and vegetables and deli meats but most importantly, mixed bags of lollies and shelves full of videos for hire. 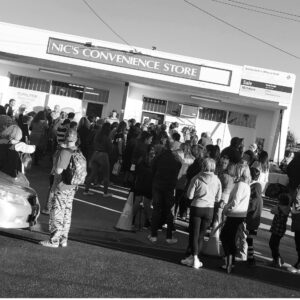 A huge crowd turned out to mourn Nic and visit the store one last time in July 2019.

Nic’s was a welcome stop on the walk down the Morton Street hill to the Queanbeyan Swimming Pool.

Renovations are expected to be completed in the next four months, with the property either listed for sale or rent by the end of the year.