Sometimes, a house comes up for sale that literally has the entire town talking. With 7 Callum Street, Queanbeyan, that is definitely the case.

The stunning home in one of Queanbeyan’s oldest streets is so glamorous it looks like something straight off The Kardashians.

No surprise then that owner Simone is equally as glamorous and even has an Instagram page called Keeping up with the Carricks, documenting her life with husband Jay and their four young sons. 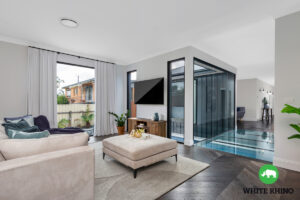 The brand new home, listed by local agency White Rhino for $1,650,000, has been hugely popular online.

Oak chevron timber floors, high ceilings and a built-in coffee machine and wine fridge are just some of the features of the five-bedroom home. At the centre of the floor plan is a breathtaking floating glass thoroughfare over an 11m pool. 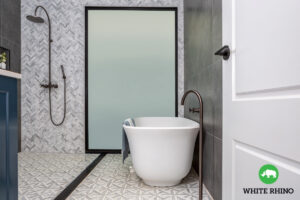 “My husband I always joke that maybe we should go on The Block because he’s an incredible builder and I just throw the ideas at him and tell him he has to make it work,” Simone laughs.

“The owners were our neighbours, so it was really nice that we bought it off them – our kids were friends and we were literally living next door,” Simone says. 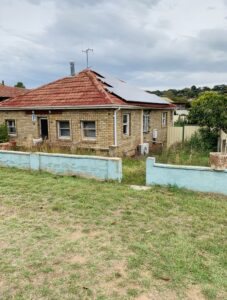 Despite it being “unliveable”, Simone, Jay and their four young sons (now 10, eight, five and three) all squeezed into the tiny house at number 7 so they could start the project.

“We had six of us living in a two-bedroom house and the baby slept in the cupboard,” she says.

At the time of purchase, Simone and Jay knew the house held historical significance to the area and were intrigued when they found a small “House of St. Joseph” inscription when demolishing the building.

The land at number 7 Callum Street was owned by Henry and Lillian Collins, who lived on Sutton Road, from 1949. Henry Collins purchased three blocks on Callum Street from Canberra Freehold Ltd. when the land was repossessed by council for outstanding rates. 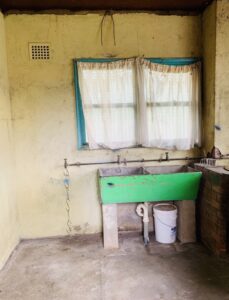 “At one point the council tried to heritage list it and they sent out a few people to have a look because it was originally weatherboard cladding and then at some point, someone who owned it put brick around it,” Simone says.

“But the house was unliveable because it was sliding away due to the natural riverbed underneath under the house – so we were allowed to knock it down.” 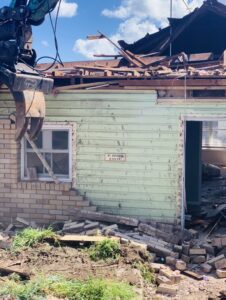 Using exclusively local builders but mostly the expertise and skill of husband Jay, Simone says: “We did a two-stage build – the internal glass bridge with the pool underneath made it doable.”

“We built all of the back half of the house at the rear of the property, and once that was ready to move in, we all moved in,” Simone says.

“And then we knocked down the little two-bedroom house at the front of the block and built the rest of the house and joined it, using the glass bridge.” 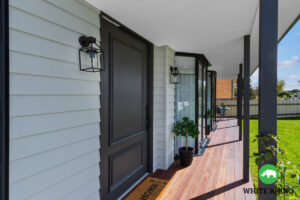 The plan wasn’t always to have a clear glass thoroughfare over the pool, but the Carrick’s  limited backyard space forced them to think outside the box.

“We had a fair bit of dead space and thought why not use this area for the pool?

“We weren’t originally going to put a glass bridge in, we were just going to have a bridge with normal flooring, but Jay was like, ‘you know what – let’s do a glass floor!’”

Simone admits that selling the home the couple has put so much work into isn’t easy. 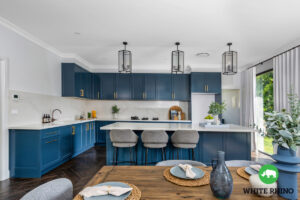 “Once we decided to sell I did begin to get a bit salty – when my ensuite was finished my husband would be like, ‘come check it out’ and I was like ‘why, I’m not living in it!'”

The Carricks plan to buy locally after selling and would love to settle in what they call “The Mayfair” of Queanbeyan.

“Campbell Street and the streets off it … we love Queanbeyan, we drive around and see certain houses and blocks, and we’re like, ‘if that one goes up for sale it has our name on it,” Simone says.

“We rented in Googong for a little while and it just wasn’t the same – your heart just lives with Queanbeyan.”