Queanbeyan or LA? Step inside the Hollywood-style studio on Bedford Street

Queanbeyan or LA? Step inside the Hollywood-style studio on Bedford Street

Deep in the Queanbeyan West industrial area, between a stair builder and a roof truss maker, lies a little piece of Hollywood.

The home of Digital Content Studios (DCS) on Bedford Street looks like any other industrial warehouse from the outside. But inside, it’s a television, movie and image producer’s dream. 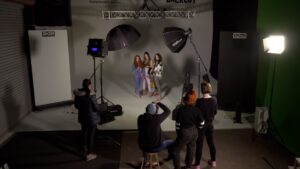 The DCS Backlot studio is owned by Walkley Award-winning photographer Michael Mulrine and his videographer son Josh, who are used to people gasping when they walk into the huge studio and see a 8.2m wide cyclorama and a 6.3m wide green screen.

“This place is purpose-built for full-scale production,” Josh says.

“We really wanted a space that videographers and photographers could use for creative projects, where they need lots of controlled space.” 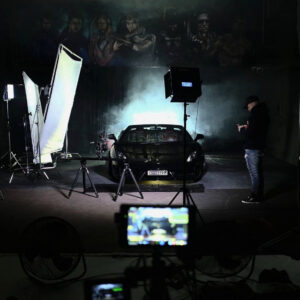 The studio features a green room, where actors and models “can escape the production crew” says Josh, as well as a Marilyn Monroe-inspired beauty room for hair, makeup and costume changes.

The DCS Backlot studio can be a dry hire, or DCS can provide crew and production services to deliver a film project. The studio’s most in-demand services include corporate video production and educational training videos. Bands have rented the studio’s ‘night film zone’ to shoot music videos, while other clients have run virtual summits and online events. 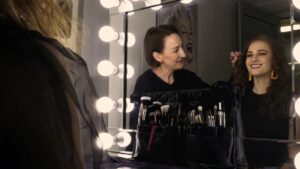 “With social media, content production has moved more towards telling stories and away from the traditional television commercial,” Josh says.

“Organisations want to share their story – to show people their culture and the human side of their brand.”

Formerly located in Phillip, Digital Content Studios moved to Queanbeyan in 2020, when Josh found the perfect-sized warehouse on Bedford Street. At the time, it was home to O’Neill & Brown Plumbing Service. 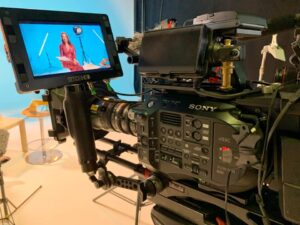 “Eating Kingsleys in the park, grabbing Old Town smoked goods when I’m working late – and I go for the odd shred sesh at the Railway Skatepark.”

As the owner of the only full-size production studio in the region Josh wants to see more creatives making great work and producing a higher quality product because they’re shooting in a studio. 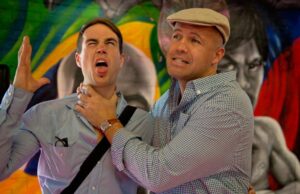 “I want organisations to hire Queanbeyan and Canberra region crews for video projects rather than flying in crews from Sydney and Melbourne,” he says.