In early 2021 with ‘the Rona’ running rampant and my usual overseas aid work looking next to impossible, I decided it was time to check off a major item on my bucket list and move to the remote Indigenous community of Ramingining, 558 km east of Darwin. Here’s what I learned during my time there.

The 3Ms – Missionaries, Mercenaries and Misfits.

One of the first things local people will say to you when you arrive to work in the Northern Territory is, “oh, have you heard about the 3Ms?” Cynically speaking, there are three types of non-indigenous people who work remote: Missionaries, Mercenaries and Misfits. 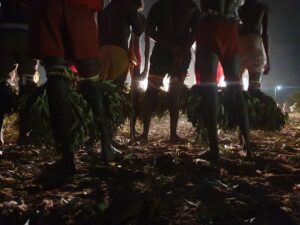 Boys waiting for their turn to dance at ceremony.

Missionaries are the do-gooder type. Usually fresh out of uni (or church), what they lack in experience they try to make up for with a slightly giddy enthusiasm for literally everything. They’re here to save the world and nothing’s going to get in their way, not even self reflection. 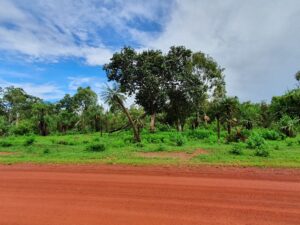 Mercenaries are in it for the money. They heard the sweet siren call of hardship allowances and free accomodation, and their primary interest in life is paying off the mortgage or their sweet new ute (it has a snorkel and everything!) They have zero interest in indigenous culture or community and spend most of their time outside of work shopping online or mournfully looking at their calendar trying to figure out when they can fly “into town” next. 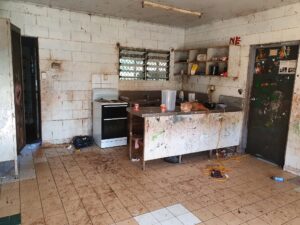 Not going to lie, the living conditions can be a little confronting.

Misfits. As you might have guessed, sometimes finding people willing to live in these far out places can be a challenge, and that’s where the misfits come in. Misfits are usually a cocktail of “ couldn’t get a job anywhere else because I’m crazy”/“just got dumped and trying to find myself” and “the weird cousin of someone in management”.  Are they crazy? Are they misunderstood? The fun thing is you never know until you talk to them. 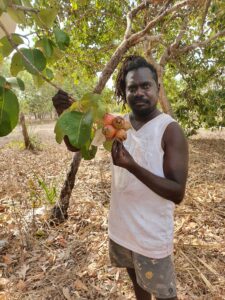 Pretty obvious really considering Yolngu people have lived in Australia for tens of thousands of years, but it would still amaze me that no matter where we went – sometimes within minutes of stopping the car – I would be offered long neck turtle, mud crab, barramundi, magpie goose or any of the dozens of edible plants, and fruits, and yams that grow in the region. Sometimes we couldn’t even go hunting without stopping the car and picking up some bush tucker that someone had spotted from the car window. 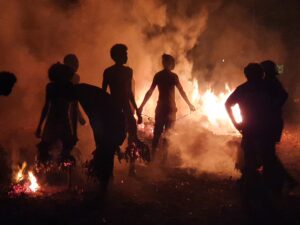 Inside a Boys ceremony – you literally get set on fire at the end.

What’s so impressive about a bunch of songs I hear you say? Well buckle in kiddo, because this isn’t your uncle singing Jimmy Barnes on the karaoke machine at your 21st. Indigenous songlines can trace local histories and culture going back thousands of years and the crazy thing is that it’s all backed up by hard science. 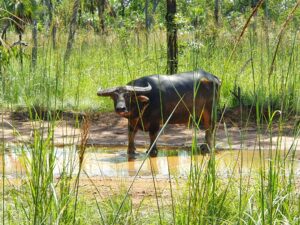 Nothing says “your afternoon walk is over” like a one tonne cranky buffalo.

In 2012, a bunch of scientists said, “Hey isn’t it interesting how this indigenous song mentions bringing palm trees into central Australia from the coast up north? Someone should look into that”. And so they DNA-tested some seeds and found out that the palm trees arrived from up north around 30,000 years ago, most likely after being carried there by indigenous Australians. Which means not only is the song correct, but that the song itself is up to 30,000 years old.

The early settlers used to bury indigenous babies up to their necks and kick their heads off.

Sorry, you didn’t think this was going to be all sunsets and bush tucker did you?

One of the harder lessons I learnt is that it is literally impossible to spend any amount of time in an indigenous community and not re-examine your understanding of Australian history on some level. Some of it can be extremely uncomfortable reading. 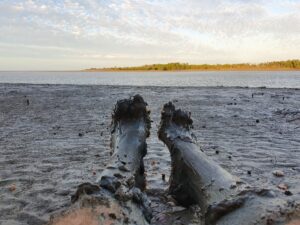 Watching the sun set after a long day of crab hunting.

As we saw earlier with the palm trees, indigenous memory is deep, and the early settlers did many outrageous, unimaginably horrible things to indigenous people repeatedly, not even really that long ago in the scheme of things. Massacre stories are still told around the campfire and painted onto canvas in these communities.

I mention this not to make anyone feel guilty, but to marvel that after all that, white people can still be welcomed into these communities and be shown an incredible amount of love and kindness from people who will literally adopt you into their family if you show an appropriate level of respect for their people and culture.

Living in an indigenous community will change you (if you let it). 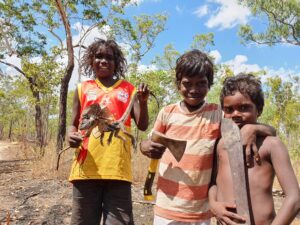 There’s no doubt about it, living in a remote indigenous community can be tough. But after 15 months I can honestly say I wouldn’t take back a second of my time there.

The unmistakable red dust that drives you mad in the first few weeks soon sinks into your soul. And If you go in with an open mind, you’ll meet friends and have experiences you honestly wouldn’t have thought possible.

About the Author: James Kent

James is Queanbeyan born and bred, and the chaser of incredible adventures. He has worked in international aid for many years and most recently worked with at-risk youths in the remote Australian community of Ramingining.