Once upon a time there was a tavern inside Riverside Plaza. The end.

Well not quite, but the thought of playing drunken pool in a section of a shopping mall is so unbelievable that it inspired this story. While my editor and I were just a tad too young for Riverside Tavern, we did make it to the other two nightclubs listed below.

These are the nightspots we wish still existed. 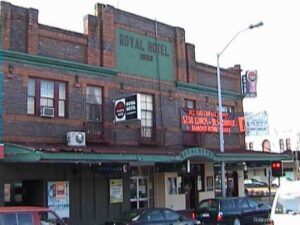 Before the upstairs area of the Royal Hotel was a beautifully-renovated venue for weddings and posh parties, it was home to Queanbeyan’s darkest and dingiest nightclub.

To enter Level One, you had to make it past the security guards (a revered job that guaranteed you a bevvy of girls) and then up the stairwell at the Monaro Street entrance. Once inside the bar was immediately to your left and to your right was the lounging (pashing) area, featuring very low pleather couches.

Beyond the dance floor were the pool tables, where only the toughest of the Queanbeyan crowd would play and mingle. 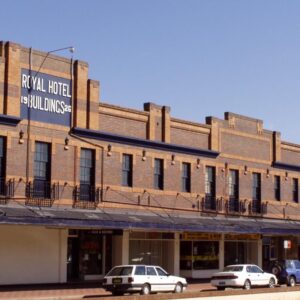 Two notable stories I remember include a friend’s handbag being stolen with a motser of cash inside. It was found in the female dunnies, wedged behind a random window. Another classic was when my sister got so paralytic in the toilets, I had to call Q! News Dad from my Nokia 3210 to come and get her. He proceeded to park outside on Monaro Street and call me from the mobile handset of our land line (!) and it actually worked! The 90s … you just had to be there. 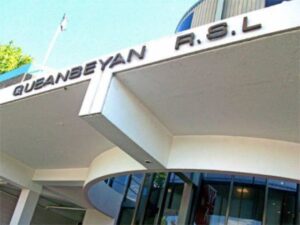 Located inside the RSL Club on Crawford Street – the one with the flame – you had to casually walk upstairs and past the oldies in your tight black pants, platform wedges and tight sparkly one-shouldered top to get to the nightclub.

Once inside the large club, the elevated area you stood on gave you a good view of who was there and, even more importantly, where your crush was (likely to be a Blues or Whites player).

The bartenders were all young pretty girls who would literally climb up on the bar and dance on it in their pink cowboy hats (Coyote Ugly was HUGE at the time). The crowd went wild. 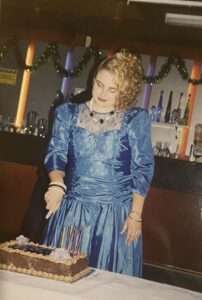 My best friend Mistie had her 80s-themed 21st birthday party at Platinum.

The podium area at the front where you could dance was perfect for trying to impress young footy players with frosted tips, checkered shirts and Converse shoes. Platinum could also be hired out as venue and I remember going to an epic 80s-themed 21st birthday at the club.

Riverside Tavern (inside Riverside Plaza, where the Go Figure gym is now): 1990s 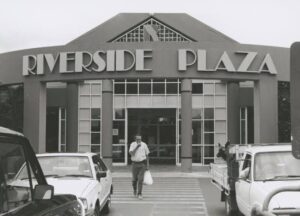 Before the Jerra Tav, Queanbeyan had its own tavern, managed by Canadian couple Bruce and Marlene. The tavern offered unique views over the Queanbeyan River, and you could even sit outside on the balcony overlooking the Queens Bridge to enjoy the ambience of cars going past.

According to our sources, the owners came to Queanbeyan to get an idea of what the local clientele was like, and what they needed, before moving here permanently. Located in the plaza, they had the advantage of attracting daytime patrons and would walk through the mall handing out discounted lunch vouchers to all the staff in the plaza (Riverside Plaza was a bustling hub of businesses and people back then!) 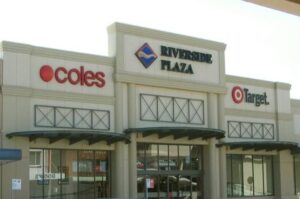 The Leagues Club patrons would come over to the tavern and vice versa. Pool tables, pokies and live music were all big draw cards as well as it being one of the first venues to be family-friendly.