Not many people can say they were born in a hospital built by their own grandfather.

But Mary Magdalen Sillis (nee McRae) can. Magdalen, as she is known, was born at Beauly Maternity Hospital in Merriwa NSW on 29 May 1922. The hospital was built by her grandfather for his daughter, who was a midwife. 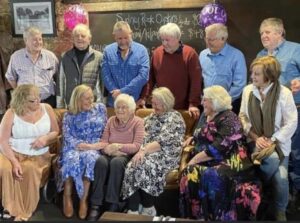 Magdalen Sillis (front row, in pink) with 11 of her 13 children.

Magdalen received many birthday wishes to celebrate her milestone birthday, including a Papal blessing, a letter from the Queen, a letter from former PM Scott Morrison, and letters from the Governor General, the NSW Premier, the NSW Governor, the local federal member, and the local state member. NSW Police presented Magdalen with an honorary police badge. 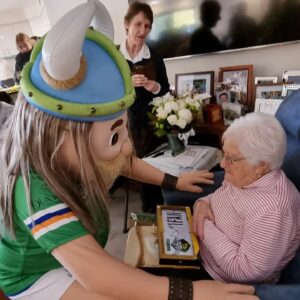 But perhaps the biggest highlight of the party was a visit by one very famous mascot: Victor the Viking.

“Magdalen is a true Raiders fan,” Victor the Viking aka Tony Wood says.

“Her family told me she sits in front of the telly, watching her beloved Raiders, yelling, ‘poor Ricky’ and sitting on the edge of the seat. 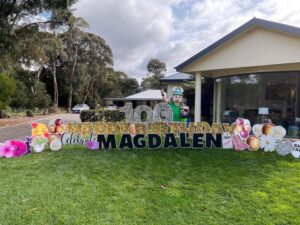 Victor says he would love more than anything to take Magdalen to GIO Stadium to lead the Viking Clap.

“I made a promise to Magdalen today that in 12 months time, I will try to take her out on the field at GIO Stadium,” he says.

“I’d like her to lead the Viking Clap at 101 years old. The oldest lady to ever do it. I will work overtime to get it done.” 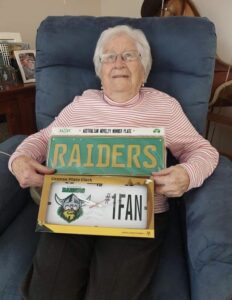 “She knows she’s very lucky to have lived this long,” Jen says.