How good is this? Union superstar Robbie Coleman has returned home to the Whites

How good is this? Union superstar Robbie Coleman has returned home to the Whites

If you thought you heard cheering over at David Campese Oval recently you probably did – the Queanbeyan Whites rugby have announced the return of union legend and local boy Robbie Coleman to the club.

Robbie’s returning to take on the role as Operations Manager at the Whites after a stellar international career. Of course, he’ll also be running out onto the field in a Whites jersey once again.

“It’s half way through the season so it will just be a bit of a feeling out process for me, I’m going to play for the rest of the year so I’m excited to pull the jersey on again,” Robbie says. 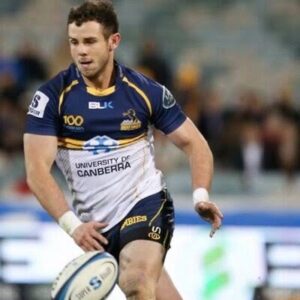 Coleman’s rugby career may have taken him around the world but it began right here on the football fields of Q-Town, throwing around a footy on the sidelines at older brother Steve’s games and going to training sessions with dad Barry. At just five years old, he was thrilled when he could finally sign up and strap on some boots and headgear.

An avid Raiders fan from a young age, Robbie says his decision to play union over league wasn’t an easy one, until he was offered a contract at the Brumbies. 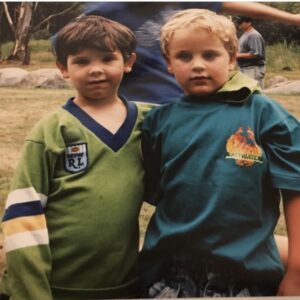 “I went to St. Gregory’s primary school and St. Eddie’s and I played both union and league, up until I got into year 10 … even after school I was talking to a couple of rugby league clubs to go up and play in Sydney after school,” he says.

Coleman would go on to play seven seasons for the Brumbies, his versatile playing style seeing him utilised at wing, centre, full-back and fly-half. Although the coaches changed hands in 2011 and the Brumbies experienced some close losses in important matches, Coleman undeniably contributed to the ongoing success of the club during this period. 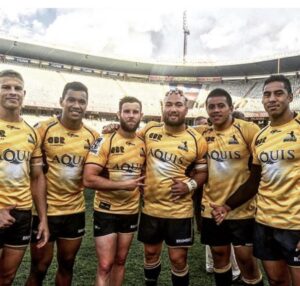 In 2013, at the end of the Super Rugby season, the Brumbies sent a squad, captained by Coleman, to the invitational World Club 7s in England. The Brumbies won the series, defeating the Auckland Blues 17–14 in the final.

“From there I went off and played for the Western Force. I signed a two-year deal but that was when they got cut from the comp, so I was only there for a year.”

After an interim year playing in the South of France for historic rugby team RC Narbonne, Robbie was given another international opportunity, receiving a phone call from New Orleans general manager Ryan Fitzgerald. 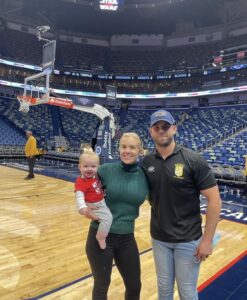 His move to the US in 2020 saw him join forces with fellow Queanbeyan Whites alum Nathan Osbourne at NOLA Gold in New Orleans. Colemamn played out his three-season contract in Louisiana, immersed in southern culture.

“It was just an unreal experience, it was really cool,” he says.

“It was so different – not only from a rugby standpoint but just being in a town like New Orleans.

“The rugby was awesome, the people were awesome … it’s a bit of a lawless town but it has amazing culture, with everything they’d gone through with Hurricane Katrina it was like everything was a write=off  and they almost forgot about New Orleans but the people got together and rebuilt the city.” 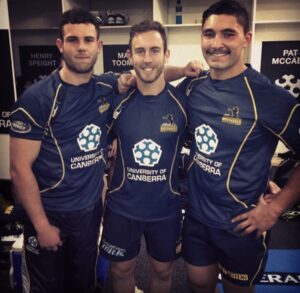 Coleman was easily swayed to return to his junior club in Queanbeyan and says the experience he’ll gain at the Whites will be invaluable.

“I had a few conversations with Grant Jones and Mick Duross and they just told me about where the club was heading, and what they want to do to help it go forward,” Coleman says.

“The Rugby World Cup’s coming up in 2027 and I think Grant’s ideas and where he sees the Queanbeyan Whites going and the potential that the club can can achieve with the whole town behind it – it’s just really exciting.

“They really had me excited about a new change and a new role, and starting a new career again, putting in all those things you’ve learned to just be the best you can be and prove yourself.” 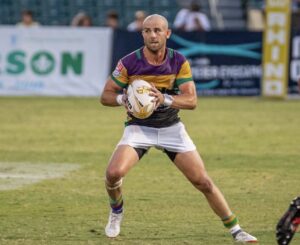 Coleman returns to Queanbeyan with wife Ellen and says the move has already been beneficial for one-year-old daughter Winter, being closer to her cousins, family and friends. He credits the strong Queanbeyan community spirit to the ongoing success of the Whites.

“I want to give so much credit to our old boys, our supporters and our volunteers, I’ve only been here two-and-a-half weeks but some of the efforts I’ve seen our volunteers and club members go to … It’s just amazing to see the love that Queanbeyan has for this club,” he says.

“It’s a great opportunity and I’m grateful to the Whites for having me onboard.”